With the armor stacked on the toilet tank, Surtch Pherther plunged his dust-choked jacket into the clawfoot tub’s warm water and suds, agitated the mix, and went back to the kitchen to seek dinner, leaving the textile tea to steep.

For riding, it had been a good day: From sunrise to -set he’d been there, immersed, reluctant to release the small adventure. It might sound trite, but if lessons lingered in the mindquake’s wake, never take desire for granted was one. Indeed, postquake, Surtch had arrived at maybe his best understanding yet of this bizarre, existential experience: To be human is to desire, and to desire is itself a satisfaction.

In the kitchen he was trying to cobble together a meal from clearly incompatible components when he became distracted by what sounded like a leaf blower, distracted less by the muffled hum than by the incongruity: It was late evening, well after dark, so “why the hell would anyone be using a leaf blower”? He stepped down the back stairs, out the door into the sticky night’s big arms, along the dim drive to the walk, and stopped… Aside from the chirping of crickets, the street was quiet. 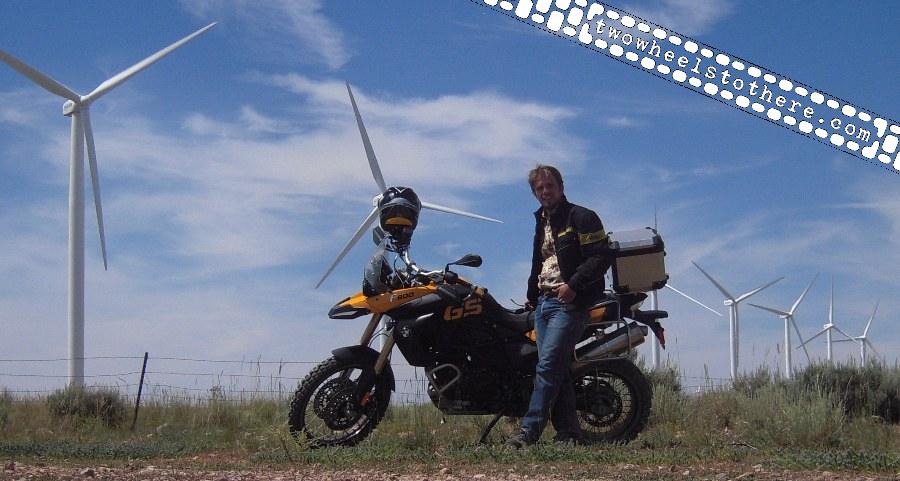 Yes, for riding, it had been a very good day: From the Tumen Creek kilns, he’d taken that ridge-cresting road past a wind farm vast and new since he was last through, back when his dad, siblings, and a younger self were regularly backpacking deep into the Cairn Mountains Wilderness, back when it seemed that such times couldn’t possibly end. But they had ended, and recently–with his dad in denial and no one discussing it–and in life’s typical style too: by its stealing from aging man what it granted him in youth. The key was for all involved to evolve or wither in soul, to pursue new pastimes, to seek new adventures.

I don’t mind your doing your job, Father Time, Surtch had often thought to the universe, Lord knows that the cosmic clockworks would be nothin’ without you. But it’s when you wrench the throttle of this absurd conveyance… You can give us mental whiplash, you know, leave us essentially changed.

Back in the kitchen the incompatibility of dinner’s components refused to be resolved through their combining, and though Surtch tried to dismiss that nagging, muffled hum, distraction was again taking hold. He strode down the back stairs, out the door into the night’s muggy hug, along the dark drive to the walk, and stopped… Crick-crick-crick-crickets was the only sound on the street. “Weird,” he mumbled, “weirdness is goin’ on.”

From the wind farm, he’d descended a short dugway and then headed south into the Hacker Creek drainage to re-find westbound Rose Pitch Road. It was a route that, midweek, might have offered a relaxing ride through forest and meadows, but this Saturday in August the heating air was abuzz and a-gag with noise and smoke and dust from wild herds of two-strokes and four-wheelers tearing recklessly along the road and without restraint across trackless terrain. Surtch knew that they were only providing the state with more reasons to tighten restrictions, but he also knew their type: If challenged, they’d be eager and ready–pistols in hands, rifles in arms–to defend their “right” to abuse the places they “love”.

Late in the day–with shadows growing long; with the wetlands chill rising to roost in the woods, and large game milling down to the marshes to water; with the twisties of West Cairn Road through Bardom Pass and the south end foothills near ahead, and far ahead, sleepy Middlefield and the Westwitness Peaks–Surtch had finally hit pavement.

He agitated the jacket once more in the tepid, sudsless murk before reaching in to scoop it out. Dirty water fell into the tub, and in his arms the wet wad was buzzing like a hive of livid bees. “Oh, shit!” He dropped it–splat!–in the hall, fumbled open the jacket’s inside pocket, and yanked out his cell phone that was vibe-ing its life away and popped off its back and flipped its searing battery onto the kitchen floor.

WELCOME: smart-alecky comments and caption suggestions for the poor tripod placement for the photo above. Here’s a start…