The CB160 racers rode a post-flag lap at revs so tempered that their slight engines sounded somehow stout.  Back from the track’s far reaches they droned with throttle to spare and slow-swarmed toward the pits, where sidecars were arriving and getting readied for their go.

From the giddiness of the mosquito race, from the grandstand’s lofty perch, from the staircase tether to solid ground, Surtch Pherther landed flat-footed back on the paddock, into temps that had meanwhile surged and a crowd that had swelled since morning. 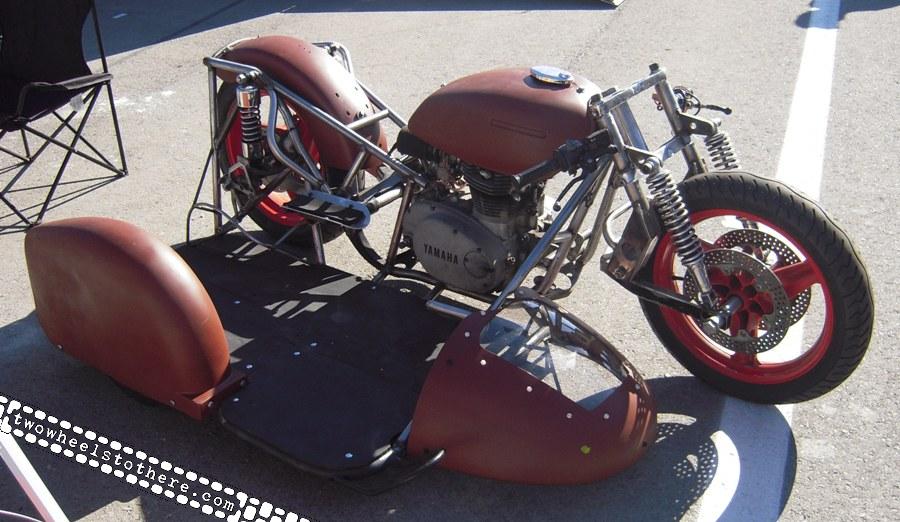 Through throngs of watchers and chatters and bike-tweakers and -testers, a rider in full textile all stormy-day shades feathered a white Ducati Monster to a stop spot near the concession stand, where junk food junkies were amassed for a pop and pizza fix.

In one smooth motion, the bike was shut off and propped, the rider out of the saddle, and the bright white helmet in a left hand clutch of its chin guard. With the common, side to side head-shake and right hand finger-comb, the Ducati girl swept her dirty blond hair from her face. 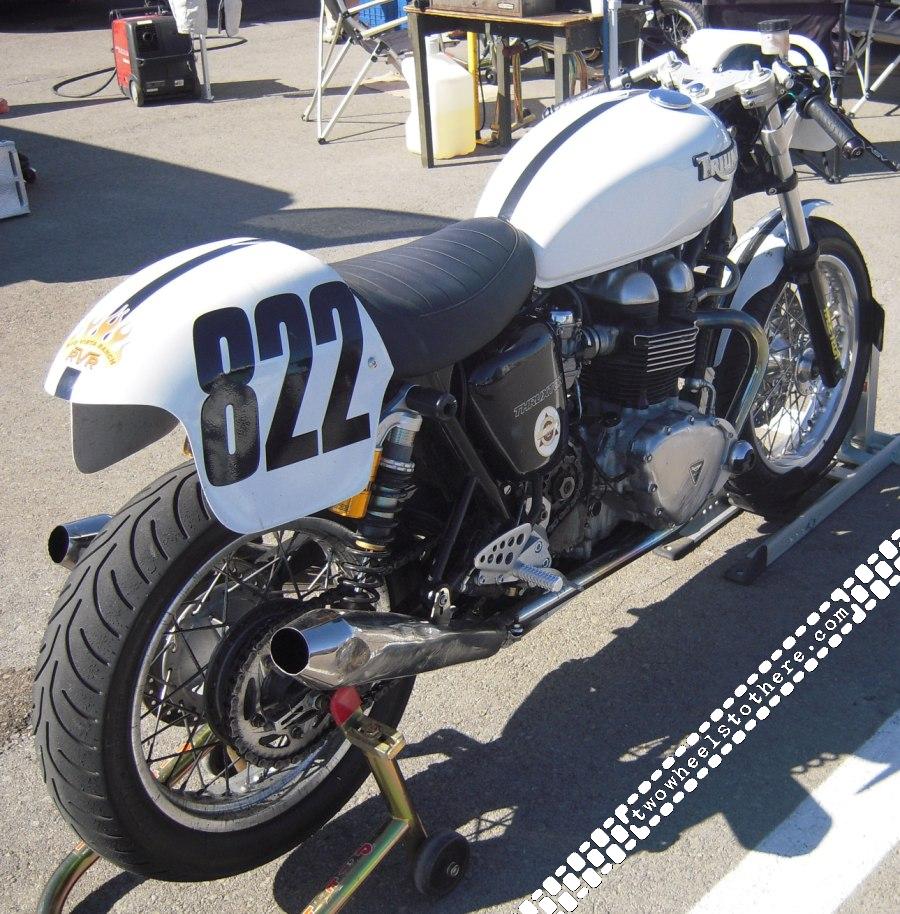 Looking self-assured, and smiling as wide as Surtch must have been that morning at hearing of his paddock-wandering freedom, she briefly scanned the scene and then set off for the grandstand steps, toward where Surtch stood contemplating her bike and wondering about her. 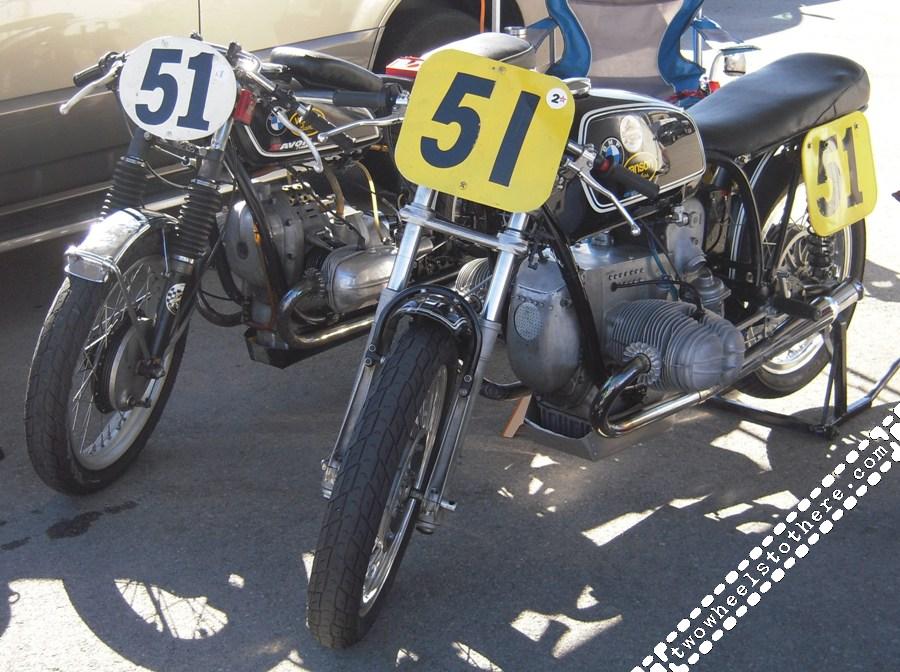 “You know,” he said, with a wrist-flick and head-nod toward her machine, “they always look like loaded springs, those Ducatis–like wild horses, all nerves and twitchin’ muscles, even at a standstill. Sooo,” catching her eyes for a spell, “how do you like it?”

The grinning Ducati girl gazed back at her white, hot ride. “It was love at first sight, and we’ve been together for six or so months. I used to be all about Harleys, rode a cruiser for years. But there’s no turnin’ back now.”

“Did you face any limitations, any, umm, learning curves, going from cruiser to sport?”

“Not at all. In fact, I think there were more limitations, more deliberate inputs necessary, with the cruiser. I hopped on this, and it was just so natural, like the Ducati was light-years ahead, like the cruiser was something, well, something primitive.”

“Oh, they are. At least that’s my experience. It surprises me still every time I ride.”

“Nice. Well, I’m headed for the show tent now–there are so many damn fine bikes around here, I’m afraid I’ve run outta drool.” The Ducati girl chuckled. “You, umm, you have a nice day.”

“You too,” she said. “See you around, maybe.” Then she climbed the steps and disappeared into the grandstand… 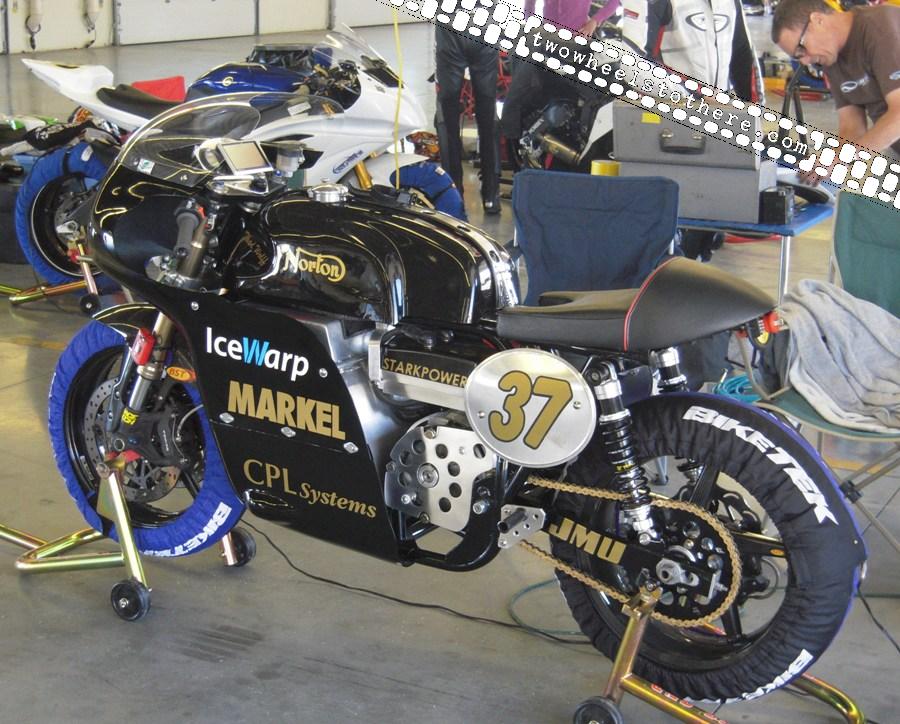 Once upon a time a tired teacher in a rare moment of engagement cautioned Surtch and his fellow students against careless use of abstract nouns and their derivatives.

They tempt us to attempt their definition, but that’s like trying to snare mythical creatures, like chasing snowflakes in spring, for such nouns are the names of intangibles, are essentially indefinable, and their meanings vary from perceiver to perceiver. They are–among untold others–fear, freedom, happiness, success, wisdom, god sometimes, and always beauty: beauty, the seldom self-evident; beauty, the what’s-behind-the-face value; beauty, the always subject to context; beauty, an elusive beast. 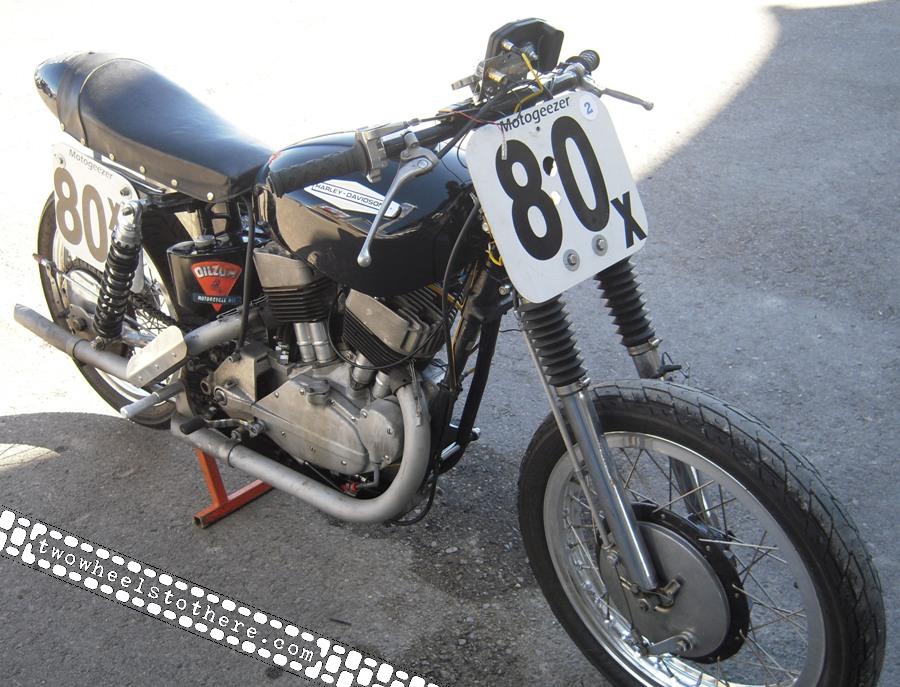 Beautiful are the elegant: for they forever remain refined despite what the road throws their way. 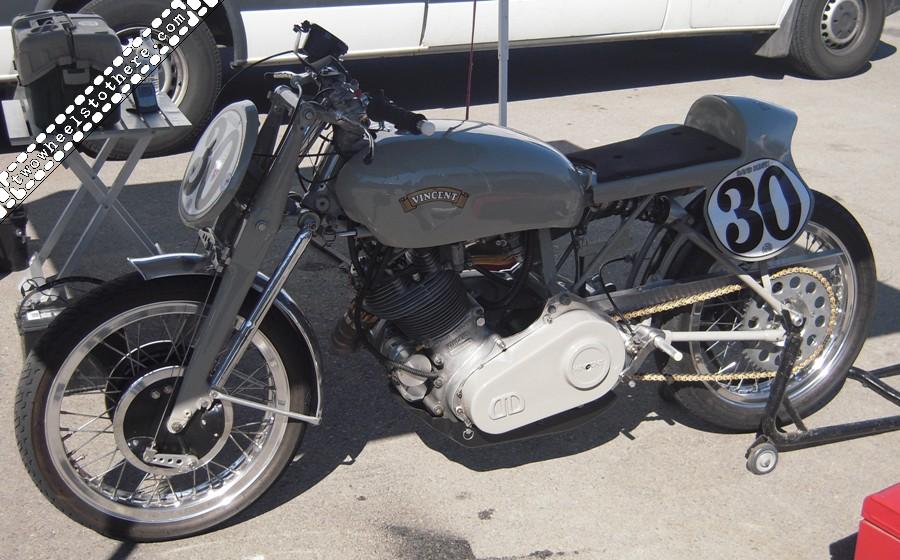 Beautiful are the sophisticated: for they comport themselves with dignity even through the rough spots. 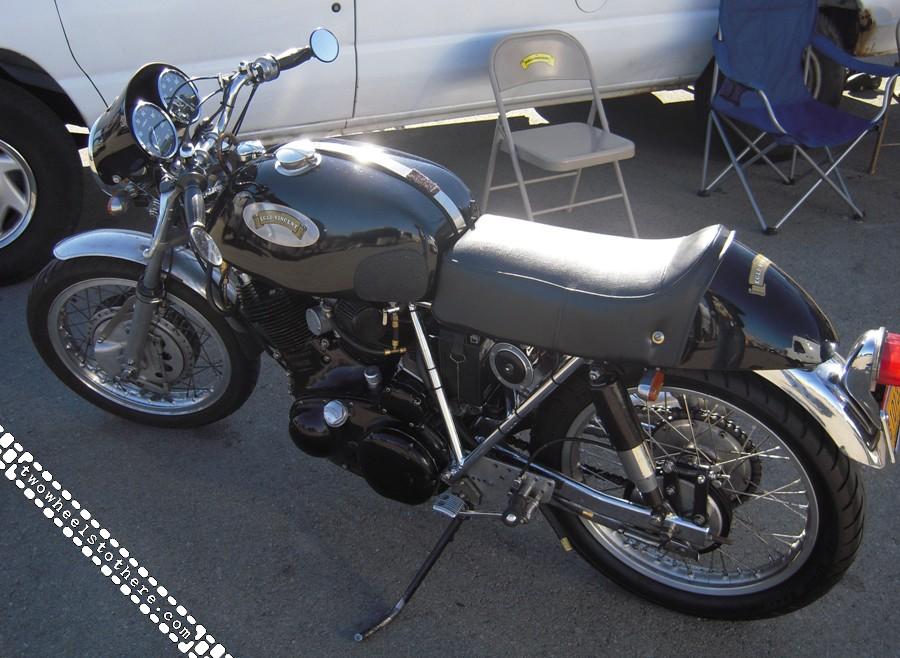 Beautiful are the iconic: for they are the “impossible” from the past, heralding a future of boundless possibilities. 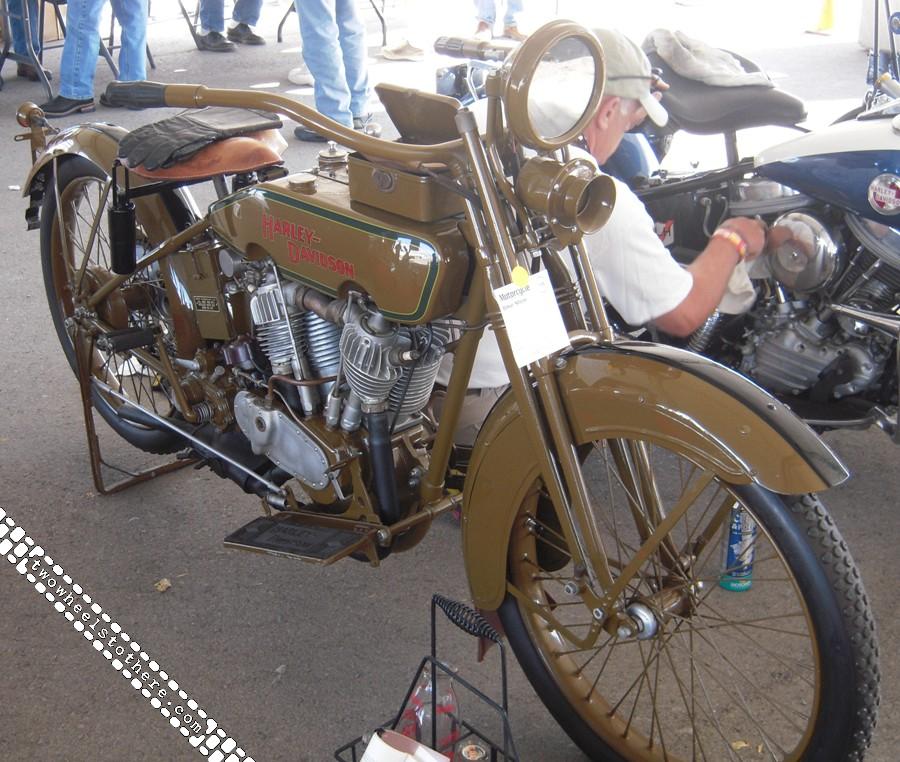 Beautiful are the humble: for they persist in their worthy pursuits, though any acclaim is rare. 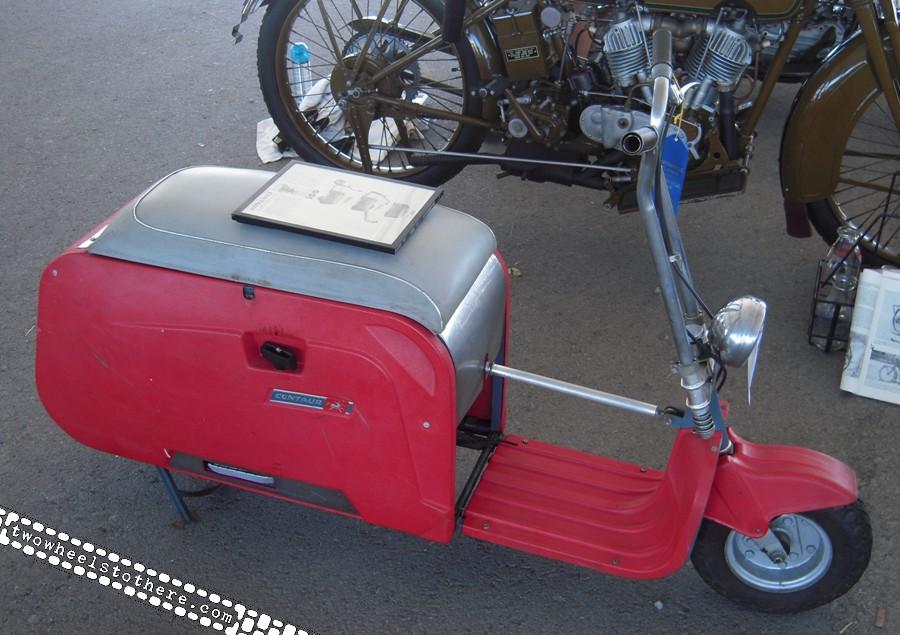 Beautiful are the spartan: for they achieve the amazing, though their ready resources are few. 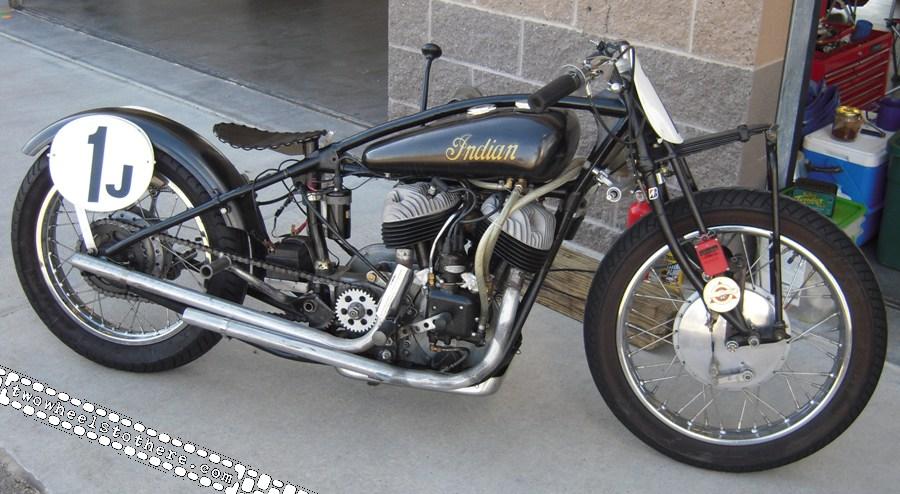 Beautiful are the respectful rebels: for though they challenge convention, they renounce not their roots. 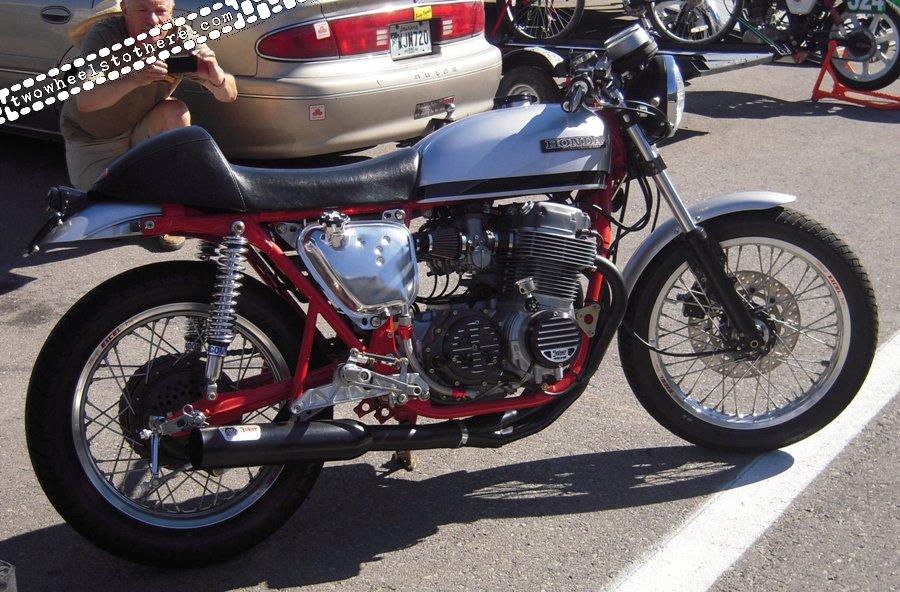 Beautiful are the resilient: for from their falls they rise to wear their scars with pride, having gained more from toiling than was ever torn away. 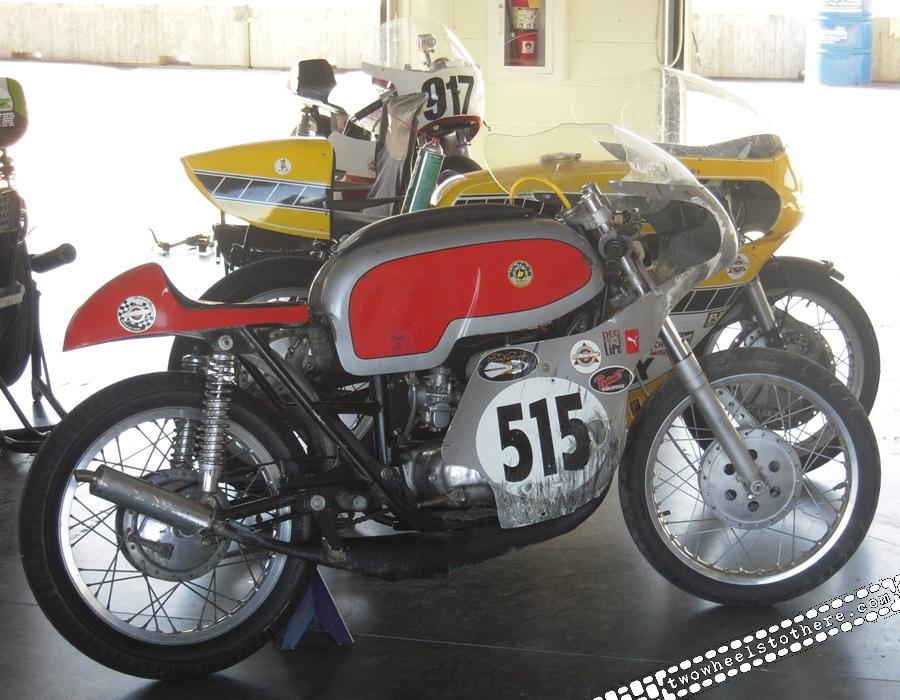 Beautiful are the blended: for they can be the best of many sources, a greater harmony that transcends lesser differences. 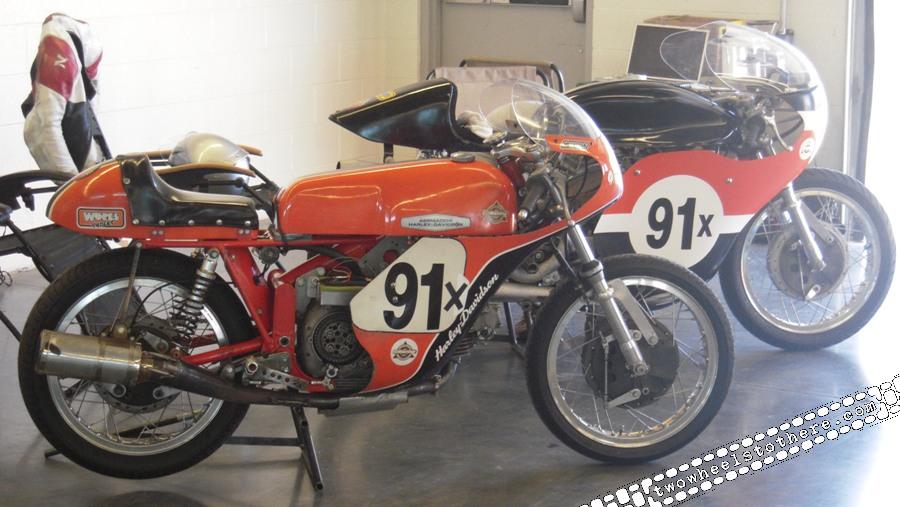 Beautiful are the kindred: for though they off and on take opposite paths, their sound kinship stays forever strong. 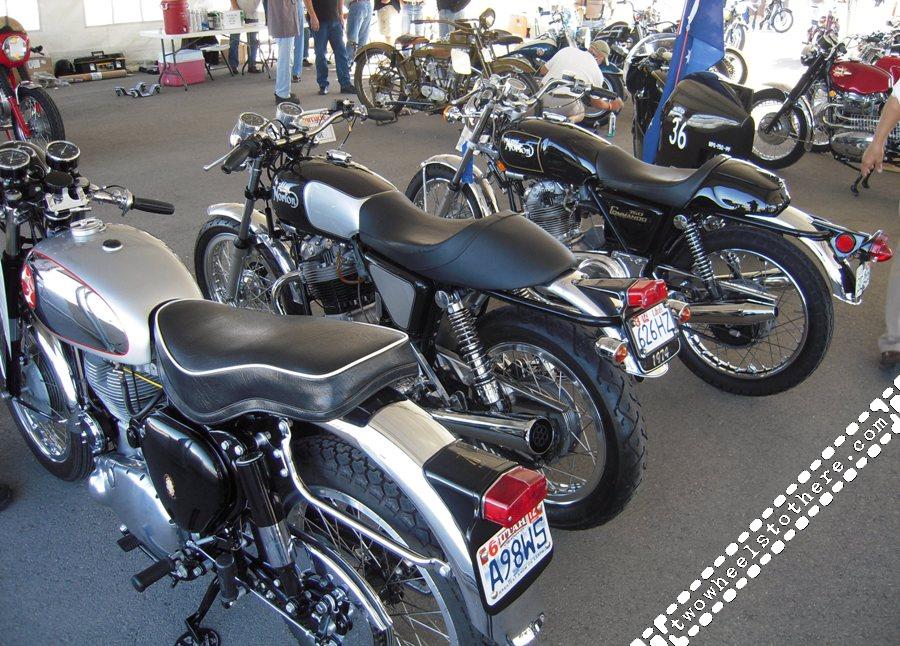 Beautiful are the generations: for they stand side by side despite their differences and the years between and the separating ways of time. 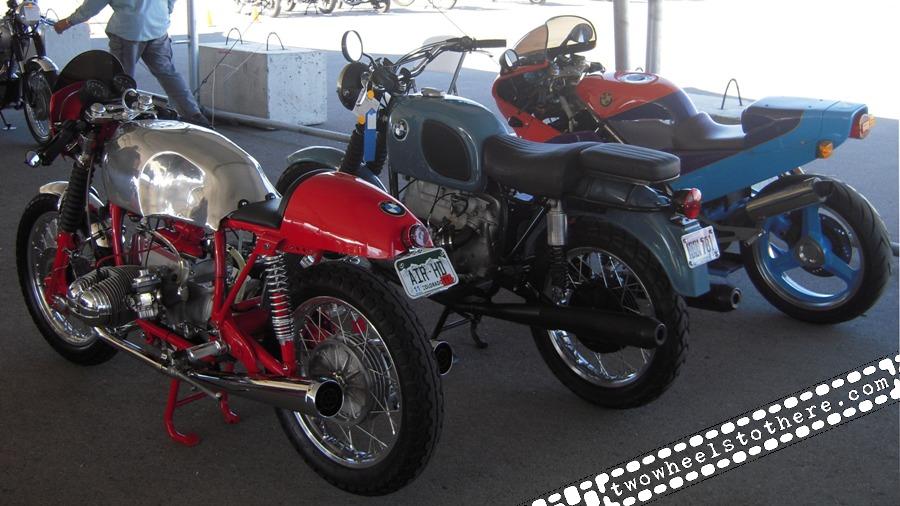 Beautiful are the perfect pairs forever kept complementary couples: for together they endure breakdowns, flaws, and failures, defiant of all divisive forces. 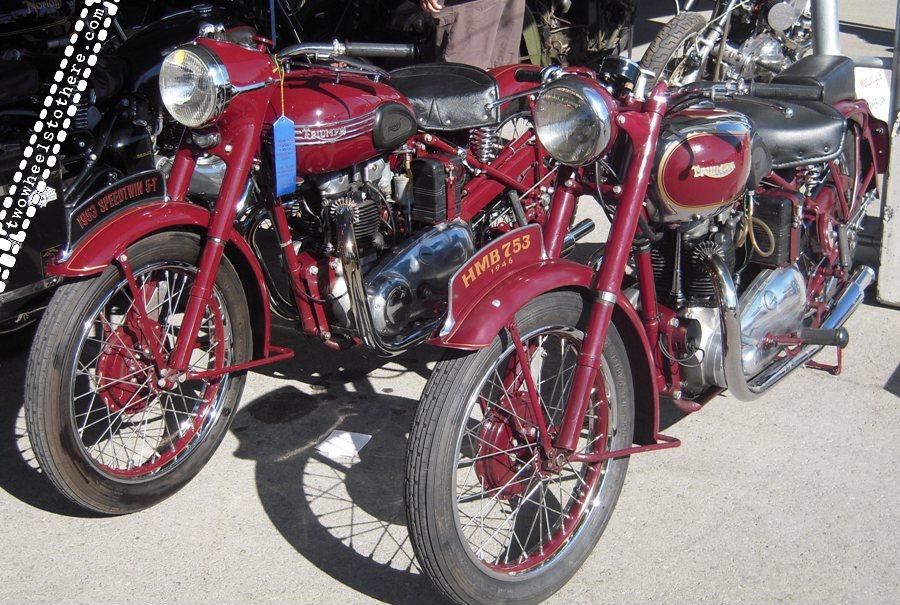 Beautiful are the good soldiers: for they humbly toil upon fallow ‘scapes, across scorching tarmacs, through enclosing woods, and among formidable peaks, all to gain on that first goal worth getting–freedom. 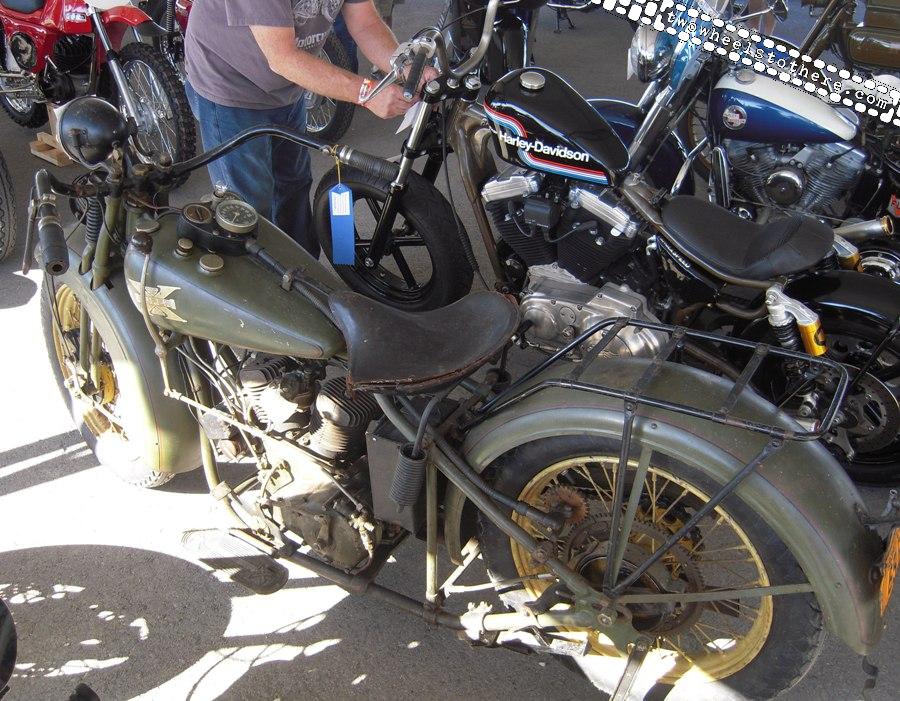 And for her courage and confidence and enthusiasm in the face of media and its co-conspirators, marketer minions and the advertiser army–media and its desire for the desperate, its pursuit of easy prey and the chronically insecure, its harvesting of those husk-folk who measure only skin-deep, ones to dress down further and then paint up with its flawed products, and poison with its fraudulent philosophies…

Yeah, in spite of the odds stacked against her by her own kind, Ducati girl was beautiful.

With all of the fine rides his eyes had seen, Surtch’s mind was comfortably full, so he strolled back to the grandstand steps and climbed up to see the track once more. 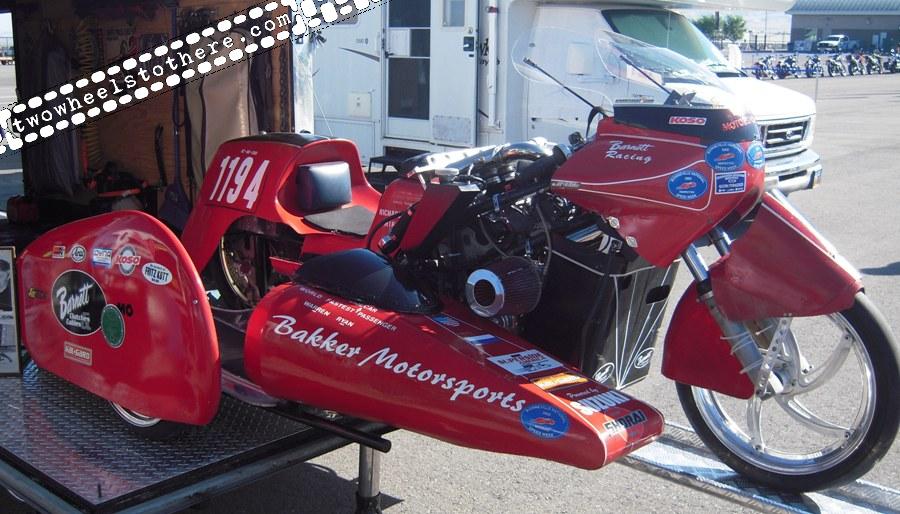 The sidecar group sadly had made little progress in the preparations for their race, and with the day already approaching mid-afternoon, Surtch would soon have to get back to the City of Contradictions to swap Riot Machine for his pickup truck:

About 175 miles east and 6,000 feet up, in the high foothills of the Cairn Mountains, family and friends were anticipating his afternoon arrival for their annual firewood harvest. There would be turning leaves and chainsaw smoke, maybe a bit of fog and rain, a campfire and Dutch oven delicacies, his tent as shelter against pitch-black night, and his sleeping bag warm against the frost. There would be good company. Fall would be in full swing.

As for Ducati girl?… Surtch glanced around, but she was nowhere in sight. 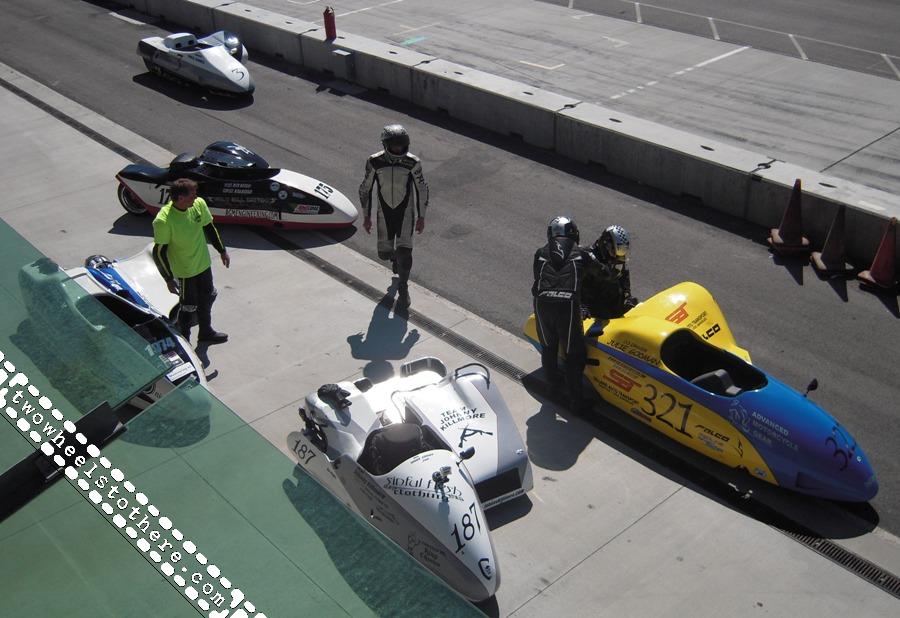